What is a VR Casino? VR Casinos Explained

Virtual reality casinos are one of the newest innovations to come out of the online casino industry, and they've been slowly but surely taking off! But what exactly are they, how do they work, and what virtual reality casino games have resonated the most with global audiences? 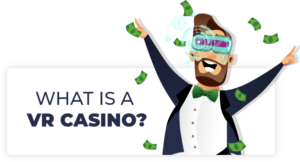 We’ve all seen episodes of “Star Trek” or the 90s “X-Men” cartoon (you know, the one with the kick-ass theme song), and so the concept of virtual reality should be pretty obvious by now: a computer-generated world which looks, sounds and maybe even feels just as real as actual reality! For decades, virtual reality has been nothing short of a sci-fi fantasy, a convenient way for writers to show off training exercises in a fun and exciting way rather than as the daft, dull affairs they are in real life.

And then, as is common with sci-fi technology (for better or worse), science caught up, and just like that, virtual reality became a thing in actual reality! Granted, it’s not the Danger Room like in X-Men, at least not yet, but those who have tried VR can tell you that it feels just as immersive once you really get used to it. And, given that online casinos have been making every effort to become as immersive as ever, with features like live casino and 3D slots games, it was only a matter of time before VR games started appearing within them!

What is Virtual Reality? 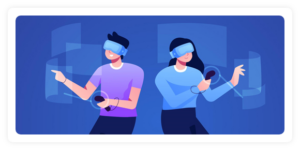 The basic concept of modern VR is that, when you put on a pair of “VR goggles”, they can show you an entirely different image from plain old vanilla-flavoured reality. This basic idea is actually much older than you may think, with various companies trying to implement virtual reality technology in some form or fashion since the 1980s. Nintendo famously bungled it with their 1995 Virtual Boy, which was so terrible that it only received a handful of VR games in its lifetime before being shamefully dragged out back and put out of its misery. As it turns out, for true virtual reality, you need a little bit more than 2D visuals in two colors. Who could’ve thought?

The Rift didn’t just put a screen on your face and called it a day, but combined that with real-time stereoscopic 3D rendering, meaning that each eye received a separately rendered image to create the feeling of depth perception, just like your real eyes do. On top of that, the built-in gyroscope followed your smallest head movement, regardless of how quickly you made it or how precise it was. Finally, the 3D audio effect, using technology which was already pioneered by companies like Dolby, further added to the illusion that you’re somewhere else, allowing you to hear sounds in a 360 degree range around you. Needless to say, the concept was not only innovative, but also actually worked, and by 2016, numerous companies besides Oculus were also releasing their own headsets.

Today, the most expensive headsets experiment with eye tracking and foveated rendering (rendering the most detail right where you’re looking and less in your peripheral vision, thus increasing the image fidelity significantly), while the cheapest are literally just cardboard and lenses that you can slide a device into, like your phone or Nintendo Switch. Good job, Nintendo, even a piece of cardboard was better than the Virtual Boy! 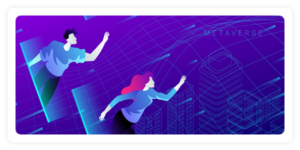 Virtual reality and real money casinos, despite their contradictory names, do actually have a lot in common, in that your average real money casino is desperately trying to evoke the feeling of land-based brick and mortar casinos. They employ live dealers to deal poker games, play music for you as you’re waiting at a table, some of them may even serve you snacks! … Well, alright, that last part’s not true, but you know they would if they could! Truth is, online casinos are far more convenient in many ways, offering better promotions and games, and letting you play wherever… But they just can’t beat land-based casinos when it comes to offering an actual experience.

After all, visiting a casino involves far more than just playing casino games. That’s where virtual reality technology comes in. What if online casinos could, in fact, provide you with that experience? What if you could put on a VR headset at home and suddenly transport yourself into a place that is nearly indistinguishable from a physical casino? What if you could play VR casino games which look, feel and sound exactly as they would at a regular casino? That’s exactly the fantasy that is currently being developed into a reality, and that’s what VR casinos are ultimately trying to be. For better or worse, with varying degrees of success.

So What are Virtual Reality Casinos? 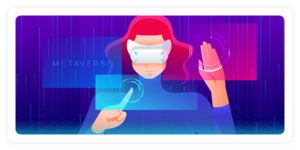 It’s worth noting that the term “VR casino” is a bit misleading, because it implies that they’re some kind of separate entity entirely from regular online gambling. Like, “oh hey, this morning I placed a few bets at Stake.com, now I’m feeling like heading into Jesse James’ VR Casino Extravaganza!” And that’s just not true. Virtual reality games, in their current form, are simply a part of the repertoire of already established online casino brands, and they (for the most part) allow you to play games which already exist as “flat” 2D versions. The fantasy of walking into a fully realised virtual reality online casino is just that, a fantasy. When we talk about VR casino gaming, we’re explicitly referring to virtual reality casino games that can be found within normal online casinos.

Even if the fantasy is far away yet, the reality of it is that, in our eyes, virtual reality casino beats regular online casino in nearly every category. It truly is just as immersive as the hype would lead you to believe, and being able to see a roulette wheel physically spin in front of your very eyes, at the big table where it belongs, truly elevates roulette games to a degree that would otherwise be simply unreachable if we were to only be staring at a cropped wheel on our phones. Nearly every game you can imagine, from slots through poker, blackjack and craps, has a VR version depending on the casino, and many of them also support the use of controllers for added immersion. Using the motion controllers of a device like the HTC Vive to place chips on the table is about as close you can get to an authentic casino experience while at home in your underwear.

What are the Best Virtual Reality Casino Games? 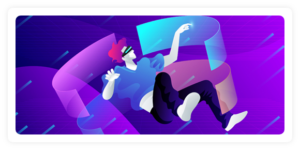 Obviously, games that imitate reality in some of way are best suited for a virtual casino environment – meaning that table games, such as roulette, blackjack and poker, are extremely popular and successful in the VR casinos space. As a matter of fact, Pokerstars VR has so far proven to be the most popular VR casino, allowing you to play poker in virtual reality against other gamblers who are doing the same. Poker is, after all, a game of reading people just as much (if not more so) than getting lucky cards, so it’s no wonder that being able to play it from your own home while also sitting at a virtual table with your very real opponents has had considerable appeal for a lot of people. On the other hand, online game providers like Evolution Gaming have released several single player VR variants of popular casino games, including the world’s first VR live dealer table.

After all, the key is virtual reality casinos, not emulated reality casinos. While many table games do their best to mimic their land-based counterparts, slots, which are virtual by nature, don’t even try – at least not most of them. True, there are sites like Slotsmillion which let you play regular 2D slots in a 3D VR environment, but where VR casinos truly shine is with the slots that were built from scratch to be a VR casino game. Several of NetEnt’s slots, like Gonzo’s Quest and Jack and the Beanstalk, have been completely remade for VR, transporting the player into their own world, showing them a reality that’s not only different from that of an online casino, but from nearly anything else on Earth, and further driving the experience home with fully animated characters that interact with said environment. After playing a VR slot, it’s honestly hard, if not impossible, to go back to flat slots.

What’s in Store for the Future of VR Casinos? 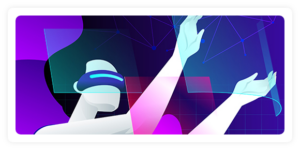 It’s easy to make the assumption that VR casinos are just a fad, a quick little trend cashing in on a technological trend. But anyone who has tried out virtual reality can tell you that it’s a game changer for entertainment, especially for gaming: and igaming is no exception. The virtual reality casino industry is already projected to grow by $1.74 billion, and in the meantime, more and more casinos in the UK and beyond are trying to implement the technology to the best of their ability. And as the Metaverse starts to gain more and more ground into the public consciousness, we’re only going to see companies new and old trying to gain some grounds in it by placing a stake in its casino market. Social media is already a thriving environment for social casinos, so it only bears to reason that VR casinos will excel similarly.

Make no mistake: just like live casinos and mobile casinos, VR casinos aren’t a fad that will go away in a few years. They’re here to stay, and we’re only going to see them evolve further throughout the 2020s. And as the technology continues to spread, especially with portable, affordable VR units like the Oculus Quest, we fully expect all of the big online gambling brands to end up adopting it before the decade’s done, even if in some small ways. Whatever the case turns out to be, however, we have to admit that the prospects are incredibly exciting, and we can’t wait to see how the future will unfold!