Genting Casino Luton is one of the best land-based casinos in Luton, and it is located at Skimpot Road. It offers one of the fantastic nights out experiences in the whole of Luton. Customers should not worry about the legitimacy of Genting Luton as it is run by Genting Casinos UK Limited which has a valid licence from the UK Gambling Commission. Genting Luton has been in operation in the casino industry for many years. The experience gained over the years has enabled this casino to master the art of customer satisfaction and retention by offering top-notch services and products.
Back to lutongenting casino

WHAT GAMES ARE AVAILABLE AT Genting CASINO?

Electronic roulette is offered at Genting Luton. Genting Luton also has e-tables which provide the Double Spin Roulette .E-tables provide a complete and thrilling gaming experience. A player gets to sit comfortably and play with the automated wheel in their private High Definition Terminal. The e-tables provide high-speed roulette that gives an exciting thrill, and a player does not have to wait for long for the next spin.

Genting Luton offers Blackjack. There are several blackjack tables in this casino which offer many Blackjack games. For the players who are interested in learning how to go about playing blackjack lessons are provided by the highly skilled and trained Genting Casino croupiers. The Genting Luton website does not give details of their Blackjack offering, but it is available in the casino.

Slot games are the best games to play at Genting Luton. All customers get a minimum return percentage of 94% on slot machines. Genting Luton has a variety of IGT slot machines that offer £10,000 jackpots and multigame, and this means players can select up to 9 games per machine. The games available include Cleopatra, Lucky Larry’s Lobstermania and Pharaohs Fortune. Other slot machines include Novomatic Super V+ Gaminators slot machines which have a wide range of classic games with skates as low as 40p to £5 and an opportunity to win £10,000 jackpots. They include Lucky Lady’s Charm, Book of Ra, Dolphins Pearl and Beetle Mania.

Photos from this casino 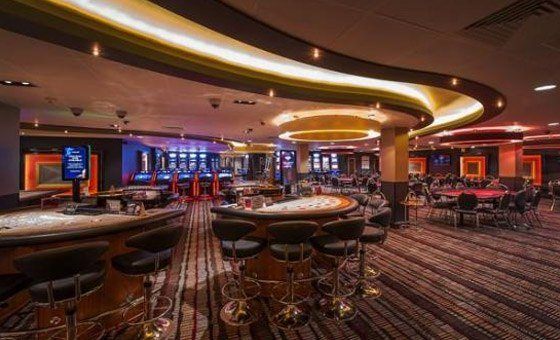 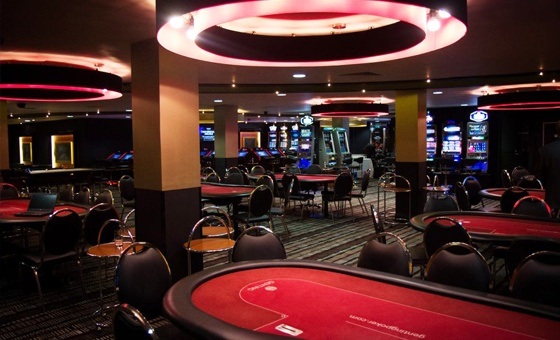 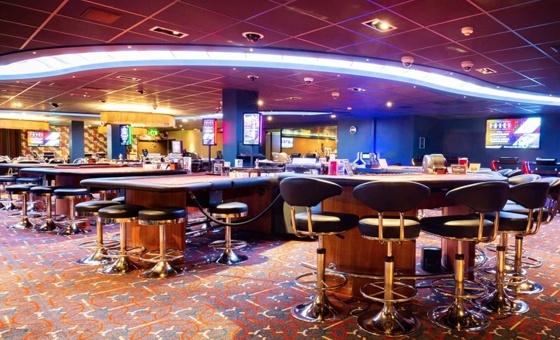 What are the opening hours of Genting Casino?

Just like most of the other Luton Casinos, Genting Luton is open for 24 hours every single day of the week. The gaming industry is quite competitive especially in the sector of land-based casinos, and it is, therefore, necessary to maximise on making money every single moment. Besides, offering customers unlimited access to the casino is convenient for the clients hence customer loyalty and retention.

Although Genting Luton operates for 24 hours a day, the live gaming facility in the casino is open only from 2 pm to 6 am. This is, however, not a big problem as this time frame is among the busiest period of the casino as most clients prefer to game in the afternoon or at night. Electronic gaming, on the other hand, is open 24 hours every day of the week. Most of the clients love playing slots because it is easy to play and fun and they do this using the Slot machines which are in the category of electronic gaming. This casino is open to everyone any time of the day as no membership is required as long as the client is of the right age and has complied with all the other casino requirements.

What is the dress code at Genting Casino?

Genting Luton is strict on the dress code of anyone visiting the casino. The acceptable dress code is only smart casual for example smart jeans and soft sports shoes that match the smart casual dress code. This casino’s priority is the security and safety of everyone in the casino hence they use CCTV systems to monitor the casino 24 hours every day of the week. Caps and other types of hats that may hinder the CCTV system from capturing everyone properly are not allowed here.

Besides, Football shirts are not permitted as they may result in uncontrolled debates about football which may sometimes end up in fights in case of disagreements and this is quite distractive for players and other members. Muscle/vest tops and other exposing clothing, for example, ripped jeans are not allowed in this casino. This kind of clothing is quite a distraction and diverts the attention of players which is a loss for the casino. Generally, people who come into the casino expect to have a smooth time full of fun gaming experiences with minimal or no unnecessary distractions.

Does Genting Casino Have Poker Tournaments?

Genting Casino in Luton is well known for its Poker Tournaments just like the Grosvenor Luton Casino is known for the GUKPT Tournament which is Grosvenor UK Poker Tour that happens every year. Genting Casino in Luton has a poker tournament known as the Genting Poker Series. The Genting Poker Series is held on a yearly basis and began in 2015 and has consistently been held every year. The one that was held at Genting Luton this year was the Genting Poker Series Leg 3. It happened from 3rd March 2018 to 11th March 2018. The field of that tournament was 317, the prize pool was £126,800, and the winner was James Abbott.

The Genting Poker series has many main events and side events which have a very organised and detailed schedule. There are many cash games in this poker Tournament, and some of them include Omaha, Texas Hold Em, Round of Each and Dealers Choice. These cash games are designed to accommodate all levels ranging from a minimum of £1/£1 to a maximum of £50/£100 or more as per player’s preference. Besides, the Genting Poker Series prizes are a balance between rewarding success and paying handsome sums of money.

All the tournaments and cash games are usually offered by the Genting Casino skilled and friendly dealers. There is a Genting Luton also hosts other GPS mini tournaments from time to time, for example, the Genting Casino Luton (GPS MINI ) happening 9th August at 7:30 pm. The mini-tournaments are entirely dealer dealt, with an eight tabled newly refurbished poker room and a variety of poker competitions. There are also lucrative prizes, and the poker tournament structures are made to suit both new and existing players. Apart from the laid out games, there are bigger games provided upon a player’s request.

Is there food available at Genting Casino?

There is food available at Genting Casino in Luton. However, the website does not state whether there is a restaurant, but it indicates that the food is served by the late bar inside the Genting Casino in Luton. This bar is usually open until 6am, and there is a professional and welcoming hospitality team that takes care of all the food orders that customers make.The bar has a warm and comfortable atmosphere where players can get to enjoy a snack or full meal whether they are socialising, playing or just relaxing. The food is delicious, and of high quality, as it is prepared by highly skilled chefs and once a customer orders anything from the menu, they get value for their money.

There are several selections of cocktails and drinks that a customer may choose to accompany the food that they have ordered. The menu gives a customer a wide range of choices ranging from sandwiches, soup, desserts and much more.

Is there a hotel at Genting Casino?

The Genting Luton website does not offer any information about the existence of a hotel. However, in case Genting Casino Luton is hosting a tournament or an event that needs people to get accommodation there are reliable links that clients are provided with. These links give details of decent hotels and reputable travel agencies that can provide accommodation.

What CLUBS/BARS/RESTAURANTS are near Genting Casino?

The restaurants on this list have excellent customer service, their food is delicious and quality, their atmosphere is warm and welcoming, and every customer gets value for their money.