Razor Shark is a slot machine by Push Gaming that was released in 2019. It has an RTP of 96.70 and 20 paylines. The five-reel game allows you to bet with coin values of between 0.005 and 5, with the maximum bet being 100. This Push Gaming slot has a wild, scatter symbol and a free spins mode. The maximum payout is 85,475, your bet amount.

PaylinesThe Razor Shark slot machine has five reels and 20 paylines.
VolatilityRazor Shark is a high volatility slot from Push Gaming.
ScattersLand a minimum of 3 scatters to grab a the free games feature
BonusesThe free spins feature at Razor Shark offers up to 50,000x your bet.
FeaturesRazor Shark offers mystery stacks, nudge and a reveal feature in the game.

Minimum BetThe minimum bet you can make per spin is £0.10
Max WinThe maximum win at Razor Shark is 85,475x your bet amount.
Max BetThe maximum bet on Razor Shark is £100.
SymbolsWhen the Golden Shark symbols appear, they trigger the Razor Reveal feature
Free SpinsPlayers also get a multiplier in the free spins mode.

Casino.online strives to provide the best content in a safe and responsible manner. This game is to be used by people over the age of 18.

Please confirm you are of legal age before playing .

Where can you play Razor Shark slot 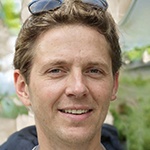 Razor Shark, as the name suggests, is a deep sea-themed slot that unveils the mysteries of the deep down as well as several interesting water creatures. Players fight with sharks and collect lots of treasure that was lost by pirates. The game has an aqua blue hue with various features of the seafloor. This high-volatility Push Gaming slot has five reels and 20 paylines that can earn you up to 85,475x your bet.

Since the paylines at Razor Shark are fixed, players get a wide range of coin values to meet their budget at between 0.005 and £5. You can bet anything from 0.10 to £100 for each spin. There is a catchy instrumental that plays in the background while playing the game. However, you may consider muting it.

This Push Gaming slot does not have a jackpot. However, the winning potential greatly increases as you land in the free spins mode, with multipliers increasing your earnings far beyond 2500x your bet amount. Besides, the controls are incredibly easy to use.

This is a high-volatility game. It means that you will have to play for some time before you get any substantial wins. You should plan your bankroll carefully so that you have enough to last until you trigger the high-earning features.

During our test of the Razor Shark game, we really enjoyed various features. The key among them is the free spins feature. It had over 10 free spins and a multiplier that greatly increased our earnings within a short period. While we did not get a bonus game, other players have claimed that it enhanced their winnings incredibly without making them spend more on the spin. Overall, Razor Shark is a fun game that also offers great earning potential if you play for a good length of time.

This Push Gaming slot does not have the typical card number symbols you find in other slots. In their place, you get five different types of sharks. Among them, the great white shark is the wild symbol that replaces all other symbols, except for the scatter. The highest paying shark is golden shark symbols, which pays up to 25x your bet amount if you land five in a row. Other symbols include oxygen tanks, flippers, underwater cameras, and swimming flippers that pay 2.5x your bet amount.

There are various special features in the Razor Shark slot machine. The first is the Mystery Stack feature, which appears at random and fills all rows with a seaweed symbol. The seaweed symbol in turn triggers the Nudge and Reveal feature, which may transform into a paying symbol combination or become a golden shark.

If the symbol it transforms into enhances your winning combination, you get paid immediately. However, if the Golden Sharks are revealed, it spins to become a scatter symbol or a multiplier. If you land a scatter symbol, you will get free spins from the Push Gaming slot.

The Razor Reveal Feature is triggered when the Mystery stack lands and reveals the Golden shark symbol causing each symbol position of Mystery Stack to spin and land on Bet Multipliers os Scatter symbols.

When you enter the free spins mode, your multipliers will increase with each spin you win. You will also get a mystery stacks feature, which in turn triggers Nudge and Reveal to create even more multipliers. You get the free games feature until there are no more mystery symbols left.

In this mode, you can make up to 85,000x your bet amount. This feature may retrigger several times during the game, greatly increasing your winning potential.

Under Sea Slot is a 3D deep sea game that comes with 5 reels and 30 ways to win. The slot by Betsoft is made like the Disney characters, Tritton the Mermaid and her friends.

Captain Shark Slot is a Wazdan slot that offers five reels and 20 paylines like Razor Shark. It has an RTP of 96.25. Like Razor Shark, it has a free spins feature, multipliers, wild symbols, and scatters.

Shark Squad is an underwater slot by High 5 Games. The high volatility slot has five reels and 20 paylines. It also has a wild symbol, and players can win up to 1023x their bet amounts.

How to Play Razor Shark Online

Estimated Time
5 minutes
What You Will Need
Registration at an online casino with the Razor Shark Slot
Equipment Required
Phone, tablet or desktop PC and an Internet connection

Log in
1
Log into your chosen online casino
Compare the best online casino's using our casino comparison, register and take advantage of any Welcome Bonus Offers
Play for Free
2
Become Familiar with the Game
Learn how to play Razor Shark, become familiar with the bonus symbols and features using a Razor Shark Free Demo
Deposit and Play
3
Deposit Funds at the casino
Deposit Funds and head to the Razor Shark Slot to spin the reels. Use any Free Spins awarded to you as part of your welcome bonus.
Place Your Bet
4
Start by selecting a wager and coin level
Press or click the “spin” button to start off the game. Select autoplay if you wish to spin 10 to 100 times.
Enjoy the Razor Shark Slot
5
Land the special features
Enjoy spinning the Razor Shark Reels, gamble responsibly and good luck!

Second, take advantage of bonuses offered by reputable online casinos to increase your winning potential. Be sure to check the terms to know if you can use the bonus with the Razor Shark slot. Finally, create a strategy that determines what to do after a win or a losing streak so that you do not end up losing more than you are winning.

Understand the Paytable and winning combinations, and be aware of the bonus features and symbols.

Gamble responsibly, stick to your budget and know when to stop.

How many symbols do you need to trigger a payout?

Is it possible to play Razor Shark free games?

Yes. You can play the Razor Shark free games by selecting the free demo mode in your favourite Push Gaming casino. In the free mode, you get to enjoy all the features of the Razor Shark online slot, except that you will not be allowed to withdraw the winnings.

How long does it take to trigger bonus features in the Razor Shark slot?

The length of time it takes to trigger bonus features in Razor Shark differs. However, being a high volatility game, you can expect to play for quite a while before you can trigger the features.

What are the bet ranges per spin?

Since the Razor Shark slot machine has 20 paylines that you cannot alter, the value of the coins you pick is multiplied by 20. Therefore, you can play with anything between 10 cents and £10.

Why do I have to verify my age when I want to access free slots?